Room for Improvement: What One Woman’s Cash Transfer Experience Taught Us

GiveDirectly locates recipients in remote, rural areas and securely delivers life-changing amounts of cash directly into their cell phone accounts. Over 97% of our recipients report having received their funds without incident – a testament to the robustness of our systems. 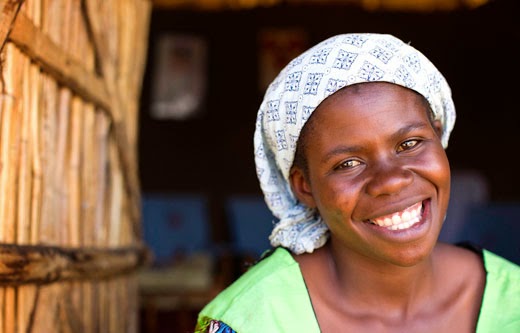 Evidence suggests that cash can improve the lives of young women; we are conducting a small randomized controlled trial to find out whether it can also help them to finish secondary school.

However, we have a lot to learn from that rare 3% of cases where something does go wrong. One such case is that of Christine (not her real name), whose cash transfer experience caused us to rethink and improve our follow-up process.

Christine lives with her husband and child in a village in rural Kenya. She is one of a cohort of 18-and 19-year-old women who receive monthly cash transfers from GiveDirectly, as part of a special program for young women that is funded by a private foundation. A large body of evidence suggests that cash can improve the lives of young women in her demographic; we are conducting a small randomized controlled trial to find out whether the transfers can also help these women to finish secondary school.

As is our normal practice, GiveDirectly’s field staff had met with Christine at her home, provided her with a cell phone SIM card and explained to her that she would be receiving monthly transfers through her phone account to spend on whatever she chose. The GiveDirectly hotline number was programmed into her phone, and our staff told her that she could call us if she needed any help or if anything had gone wrong with her cash transfers.

As usual, GiveDirectly’s field staff called Christine’s cell phone after each transfer to verify that she had received it. During the phone interviews, our staff noticed that though Christine said she was well and had received her money, she needed a lot of help from her husband to answer questions; they suspected that Christine might suffer from mental illness. It was only during an in-person visit to her home, when independent researchers conducting a study on the program spoke to Christine separately from her husband, that her real situation was discovered.

Christine ’s husband had taken her phone and was withdrawing her cash transfers for his own use. Christine didn’t feel that she could call the hotline, and her husband was having another woman pose as Christine during our monthly follow-up calls. By talking to other people in the village, our staff later learned that her husband was known to be violent and frequently drunk.

We were faced with a difficult situation, and Christine’s safety was our first concern. Alcoholism and domestic bullying exist in all cultures and in all economic classes; although our cash transfers did not seem to be the cause of these problems in Christine ’s household, we wanted to be sure that we were not making things worse for her. At the same time, we did not want to cut off financial support to a young woman simply because she had been a victim of theft.

Our first step was find a way to contact Christine under conditions that would be safe for her. Our Senior Field Officer, Mike, arranged for Christine ’s sister to meet discreetly with her, and the two women called Mike when they were together. This allowed us to verify that we were speaking to the real Christine. She confirmed that her husband had stolen her money, and asked us to stop the transfers. She did not want to leave her husband and child, but she requested that we help her set up a new phone line so that she could receive cash without her husband’s knowledge. Since that time, we have confirmed that she has been receiving her transfers securely, and Mike continues to follow up with her each month with the help of her sister. Christine reports that the household has been peaceful since the change, and that she and her child are both safe and well.

We have not yet received final published results from the recent independent study on our cash transfer program in Kenya, but preliminary feedback from the researchers suggests that incidents of domestic violence by men against women decreased significantly in households that received cash transfers, and the reduction in violence was larger when the woman received the transfer. While cash transfers have been linked to reduced domestic violence for a majority of couples, Christine’s story is a reminder that each situation is unique, and we must be vigilant and prepared to respond to our recipients’ individual needs, should a problem arise. This is a special challenge in households where conflict already exists. We are glad to have resolved Christine ’s case without having to end her transfers; she chose to continue receiving transfers and now has money to buy things that may help her to improve life for herself and her family.

To better detect and prevent cases like Christine’s in the future, we now conduct in-person follow up visits for a randomly selected 10% of households. We are also implementing more rigorous protocols for staff to monitor and investigate suspicious cases–these are flagged for a follow-up phone call or in-person visit from an experienced Senior Field Officer. These precautions represent a cost increase—although we will still meet our efficiency target, which, for Kenya, is to keep delivery costs below 10% of each donor dollar received. We believe these extra measures are well worth the cost, because they enable us to protect our recipients and to fulfill our obligation to our donors more effectively.

Back to List
« Looking Beyond the Buzz Building Our Technology Team »