Cash Transfers, Conflict, and Assets that Earn their Keep

GiveDirectly’s work has always been guided by scientific evidence.  When we began sending unconditional cash transfers to Kenyan villagers a few years ago, we had every reason to believe that the money would change recipients’ lives for the better. 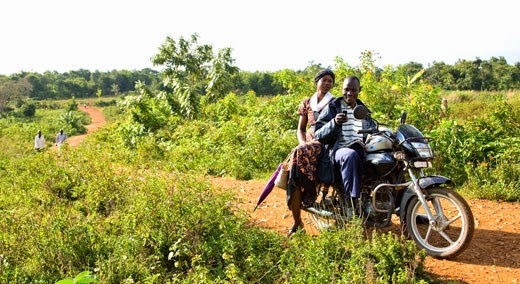 A motorcycle is one asset that can continue to generate income for years after the initial purchase.

Studies going back for years have linked cash transfers to positive impacts ranging from nutrition to household income to teen pregnancy rates.

However, until recently, all of the evidence to support our work came from studies of other programs–not our own.  As a young organization with an innovative model, we could not be absolutely certain that our programs would perform as well as other cash transfer programs have in the past.

I’m happy to say that we now have the published results of a rigorous randomized control trial (RCT) on our own work. The study, conducted by independent researchers from Innovations for Poverty Action, gives us a clear picture of the impact that GiveDirectly is having in Kenya.  The data offers a wealth of new insights into how recipients used their transfers and how it has changed their lives.

Some background on the design of the study: over the course of a year, the IPA research team conducted personal interviews with extremely poor residents of several villages, gathering information on their financial, physical, and emotional well-being.  To understand the baseline conditions among our target population, the researchers collected data from control villages where GiveDirectly was not operating along with treatment villages where eligible residents received cash transfers.  Within treatment villages, the researchers gathered data both from households that received cash and those that did not.  This was done in order to capture any spillover impacts–good or bad–that might be linked to GiveDirectly’s presence in a village. There isn’t room to discuss all of the data in a single blog post, so I will share two results that really stood out for me.  These findings offer encouraging answers to some of the most common questions we hear about what we do:

These are two of my favorite findings from IPA’s RCT on our work. There are many more to share and discuss going forward, including the impact of cash on happiness and hunger, and a comparison between how men and women use their cash–that one may surprise you!  We look forward to an in-depth conversation of the data and evidence that are helping to guide our efforts to channel resources to some of the world’s poorest households.

Back to List
« Building Our Technology Team GiveDirectly is in Uganda! »